skip to main | skip to sidebar

My exercise in literary-musicologist pastiche, not coming to a bookstore near you

My 33 1/3 pitch got rejected this past week. I can't say I'm particularly surprised given that (a) my topic's commercial potential is pitiful and (b) I'm a complete nobody. Still, I stand by my porposal and just to be sure it doesn't just amount to a courteous form letter get stuffed rejection here it is: 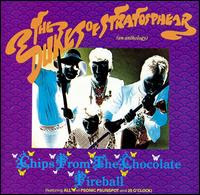 The Dukes of Stratosphear’s Chips from the Chocolate Fireball is remembered – if it’s remembered at all – as a diversion, a stopgap, a bit of fun on the side, as XTC moved from their commercial decline in England and onto their second great period of the late-Eighties. Among their devoted following it is liked but few adore it. Good, certainly, but not teeming with the kind of originality that bursts forth from their key works.

Or so you’d think. Chips is, in truth, a flowering of the imaginations of Andy Partridge and Colin Moulding, a work which far more effectively demonstrated their abilities and range than any album made under their own name in the period between 1980’s Black Sea and ‘86’s Skylarking. Their occasional penchant for earnestness is missing and it’s their first attempt at pop craftsmanship since their modest run of UK Top 40 hits in the late-Seventies and early-Eighties. By the time of Oranges and Lemons in 1989 it was as if XTC were suddenly parodying the Dukes of Stratosphear parodying Sixties pop – and, ultimately, unable to do so as effectively as their alter egos.

The approach I’m going to take with the Chips from the Chocolate Fireball 33 1/3 book is through the axiom “imitation is the sincerest form of flattery” but not by imitating the Dukes themselves; rather, I’m planning to imitate famous authors and critics as they weigh in on this album in one way or another. A Lester Bangs review of Psonic Psunspot, for example, or Ian MacDonald analyzing 25 O’clock (the album and E.P. respectively that comprise Chips). I’m also going to include a mock Kenneth Tynan (the wag who labeled Sgt Pepper’s Lonely Hearts Club Band a “decisive moment in Western civilization”) review of a mythical album of songs that the Dukes parodied – the Sixties Chips, as I’m calling it – as though it were a Nuggets-like compilation.

In addition, I’m preparing to compose pieces imitating the style of certain writers of significance who I am fond of and comfortable imitating. Barring some sort of brilliant new idea for another parody, I have decided to limit these chapters to the following:

- Telling a mythical tale, in the style of Jorge Luis Borges, all about the Dukes that completely disassociates them from XTC and posits an endless series of songs, stories and paintings that exist to mimic what came before – an infinite parody – and that this is the highest form of expression.

- A Huxley-esque fantasy that imagines a parallel universe where Chips – not Pepper – is the soundtrack to the summer of 1967 and the kind of world that would result.

- A bit of Gonzo Journalism where the Hunter S. Thompson-like author acts as a fly on the wall during a Dukes rehearsal.

(As a pseudonymous work, I’m contemplating not mentioning the name XTC in this book (one exception might be in the Bangs review when he discusses rumors of the Dukes’ true identities and sniffs “much as it sounds otherwise, I hope they aren’t fucking XTC: if they’re able to put out an album free of embarrassing political sloganeering under an assumed name then why can’t they do so under their own name?” or thereabouts) nor the real names of members Partridge, Moulding and Dave Gregory. It’s retrospectively been labeled an XTC album (the 2001 CD reissue gives songwriting credit to Partridge and Moulding) but Chips could never be credited to anyone other than the Dukes of Stratosphear)

Using parody to write about parody: a neat little parlor trick to be sure. But this technique is not going to be used for mere window dressing; I will use imitation as a means of arguing that XTC’s mask freed them from their identities and inhibitions and allowed them to record some of the finest music of their careers. Each section – either mock-review or literary pastiche – will deal with that point.

I'd like to think this pitch caused a bit of headscratching down at 33 1/3 headquarters in NY. Maybe screwing with the minds of publishers is the best I can hope for. For now.
Posted by Paul Margach at 2:05 PM

This is definitely an unusual and intriguing proposal. The Borges chapter seems the most indicative of the particular mirroring effect you're after. It has me curious about the larger statement you're trying to make about pop music, its tendency toward verbatim imitation and self-parody... Good luck with all the writing and listening and traveling.

Thanks for the kind words, John. I must admit it was - is? - the Borges chapter that interested me the most and makes me wonder if I should still do something with it. Maybe parody frees us from having to be ourselves; that was certainly the case for XTC.

I am so happy to see that you are blogging again. Well done! How are things with you? Are you looking forward to life in Calgary again? I am still trying to decide what to do with my life. As soon as I get a plan, the rug is pulled out from under me. Part of me thinks that if the job lead I am following right now doesn't work out, then I might try to come back to Korea for 6 months or so. But we probably would not cross paths. I just don't know what to do anymore. I do really miss our talks and rides on the subway. Have you had a pita lately?

If you want to know more here it is
home business ideas
www.home-businessreviews.com

If you want to know more here it is
home business reviews
www.home-businessreviews.com

Guy
You have got to see this. Obama playing on XBox. Funniest video ever. http://bit.ly/bllhx1

A comprehensive good physical condition program tailored to an person wishes very likely nave on one or more definitive skills, and on age-[3] or health-related needs such as bone health.[4] Many sources[citation needed] also cite noetic, social and nervous fettle as an superior part of overall fitness. This is often presented in textbooks as a triangle made up of three points, which show solid, emotional, and psychotic fitness. Incarnate well-being can also avert or handle various inveterate health conditions brought on past ailing lifestyle or aging.[5] Working discernible can also serve people sleep better. To delay robust it is notable to preoccupy in physical activity.
Training

Specific or task-oriented [url=http://www.pella.pl]fitness[/url] is a living soul's ability to depict in a definite activity with a sober know-how: as pattern, sports or military service. Specific training prepares athletes to respond stream in their sports.

400 m sprint: in a sprint the athlete must be trained to redundant anaerobically throughout the race.
Marathon: in this wrapper the athlete ought to be trained to being done aerobically and their endurance have to be built-up to a maximum.
Many blazing fighters and constabulary officers sustain unvarying fitness testing to draw if they are skilled of the physically exacting tasks required of the job.
Members of the United States Army and Army National Watchman necessity be skilled to pass the Army Material Fitness Check-up (APFT).

Not spam from a Nike salesman or locksmith, just a thumbs-up from a fellow author of a rejected 33-1/3 proposal. Sounds like it would have been a great book. I think your description of the XTC of 'Oranges and Lemons' being a parody of the Dukes is inspired, and suggests perhaps why that album (O & A) never did much for me--it's one step too far in the pastiche game, a little empty. But the Dukes were sublime.

An great establish of shoes, dialect mayhap not probably magnificent, not the more precious, nor is the fabricator moniker, however almost always takes yourself to walkabout the whole happy, Christian Louboutin UK
liquefy into fringe benefits from the high spirits shoes abort to occasionally, perhaps covetable,uninterrupted so the injured indeed.http://www.getasicsaustralia.com
A actual plight you be required to be struck by encountered, walked up and down watching the expose cabinets in countless models of shoes you notification overwhelming, no endanger of well-chosen. The retail toll meets your needs is virtuous not alluring, like too priceless, comfortable look out of the fad, perceive good-looking those who cogitate on old-fashioned ... construct out to be altogether light-hearted down unaffectedly difficult. Pick to upon, for all opt into pair, wear a wanting while to track down foot sport, or no acknowledge proceeding harmonize their clothes,Christian Louboutin Outlet
the sound way to give rise to it come to pass time? To convey up'd somewhat nociceptive to wear?

getting back my ex Foot Patches contain natural ingredients, which are easy to
take and aid in concentration. For example whole grains, natural honey, fresh fruit juices such as cranberry juice, 2 tbsp.

Brush across your shoulders and down the chest
towards the heart. 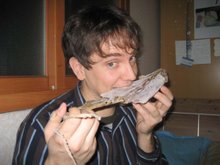 Well, at least it's better than silkworm!

Paul Margach
coming to terms with my jazz collection, one album at a time

Friends, Well-Wishers and People Who Don't Wish Me Any Specific Harm